UTAQ is an Urban tool expressly aimed at cities and their decision makers and citizens. The first experimentation took place in the municipality of Cesano Maderno. UTAQ has been tested and validated in this town thanks to InnovA21 agency.

Thanks to its vocation to spread the culture of environmental sustainability in the north of Milan and also to the historic collaboration with TerrAria, InnovA21 has been involved in testing the tool UTAQ and Regional Environmental Department of the City of Cesano Maderno has been involved too (Area Services for the Territory, Environment and Business).

In the last months of 2019, UTAQ received a concrete interest by an Italian agency, AMAT (Agenzia Mobilità, Ambiente Territorio), that would like to test UTAQ on the Milan municipality.

UTAQ has been tested by AMAT technicians on a domain centered on the metropolitan area of Milan. Test has been performed in March and April 2020 with a focus on functionality and usability. The test was also useful in assessing the performance of the model in scenario mode. In fact, the test has been carried out during the coronavirus outbreak when an almost complete lockdown has been imposed on the Milan citizens.

In December 2019, we received also a signed letter of interest from ARPAE to experiment and apply UTAQ on Emilia Romagna municipalities: finally, at this moment (autumn 2020) ARPAE is testing UTAQ on two big cities of the region Emilia Romagna, Rimini and Bologna. 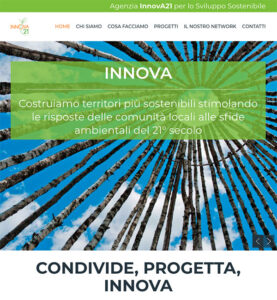